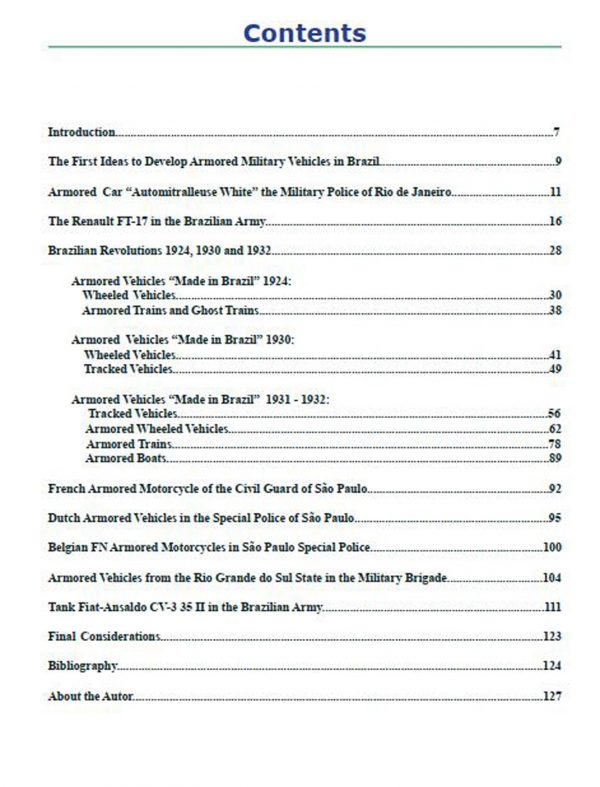 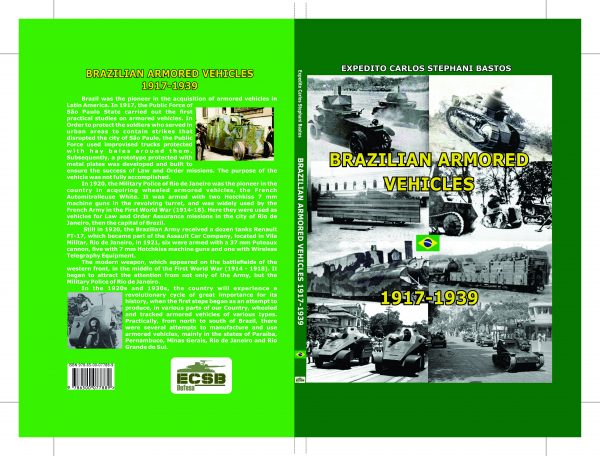 Brazil was the pioneer in the acquisition of armored vehicles in Latin America. In 1917, the Public Force of São Paulo State carried out the first practical studies on armored vehicles. In Order to protect the soldiers who served in urban areas to contain strikes that disrupted the city of São Paulo, the Public Force used improvised trucks protected with hay bales around them. Subsequently, a prototype protected with metal plates was developed and built to ensure the success of Law and Order missions. The purpose of the vehicle was not fully accomplished.

In 1920, the Military Police of Rio de Janeiro was the pioneer in the country in acquiring wheeled armored vehicles, the French Automitralleuse White. It was armed with two Hotchkiss 7 mm machine guns in the revolving turret, and was widely used by the French Army in the First World War (1914-18). Here they were used as vehicles for Law and Order Assurance missions in the city of Rio de Janeiro, then the capital of Brazil.

Still in 1920, the Brazilian Army received a dozen tanks Renault FT-17, which became part of the Assault Car Company, located in Vila Militar, Rio de Janeiro, in 1921, six were armed with a 37 mm Puteaux cannon, five with 7 mm Hotchkiss machine guns and one with Wireless Telegraphy Equipment.

In the 1920s and 1930s, the country will experience a revolutionary cycle of great importance for its history, when the first steps began as an attempt to produce, in various parts of our Country, wheeled and tracked armored vehicles of various types. Practically, from north to south of Brazil, there were several attempts to manufacture and use armored vehicles, mainly in the states of Paraíba, Pernambuco, Minas Gerais, Rio de Janeiro and Rio Grande do Sul.